5 Reasons Why Your Dog Is Barking

We love our dogs, but their barking can sometimes drive us crazy. However, the truth is that dogs are very rarely barking at nothing. Instead, it takes an astute pet parent to figure out what the problem is.

We love our dogs, but their barking can sometimes drive us crazy. However, the truth is that dogs are very rarely barking at nothing. It takes an astute pet parent to figure out what the problem is.

If you’ve got a yapping dog, and you’re not sure why, then read on and we’ll outline some of the possible causes.

A dog’s senses are finely tuned. As natural predators, their hearing and sense of smell are much more sensitive than ours, and  your dog may be barking at an animal that you can’t detect. Most wild animals are great at avoiding human contact, but your dog’s keen senses will still alert them to their presence.

This is the most common cause of seemingly senseless barking, especially in dogs which haven’t shown the behavior before. Dogs simply know that something is there that we don’t. If your dog is focused on one area and there’s any sort of cover there, then chances are that your pup is just letting you know that something furry or scaly is hiding nearby.

Those who spend a lot of time in nature understand that you’re never all that far from wild critters, but  actually spotting them is quite hard for most people. Your dog just happens to be better at it!

If your dog doesn’t receive enough attention, they may resort to barking. It’s a common symptom of dogs that aren’t receiving enough mental stimulation and some will just start barking anytime they’re bored.

It’s unfortunate if you’re not home, since neighbors tend to frown on constant barking, but if you are then you may want to set aside some time to play.

This particular problem is most often seen with intelligent working dogs, like German Shepherds. It can be a major pain, but there are ways to slow down boredom barking.

Puzzle toys are among the best available, but in some cases, a bark collar may be warranted to keep your neighbors from calling in your pup on a regular basis.

Dogs are social animals, and barking is one of their forms of communication. You may not see or hear every dog that passes by, but your dog knows when other canines are around and may be saying “hi” in their special way.

More than that, they may be communicating with other dogs in the neighborhood. Even when they can’t see each other,; a dog’s bark is easily detectable by their superior hearing. In other words, your dog may be doing the equivalent of posting on social media; just letting others know what’s going on and getting into discussions.

This can be frustrating for both you and others, but it’s not a behavior that can be corrected in many cases. It’s just your dog being friendly with other members of the same species.

These two are closely linked, and often easily distinguishable from other weird barking. Dogs will often bark when they can’t do something they want to do, whether it’s going outside to pee or getting their food on time.

A frustrated dog will often stand near the object of it’s frustration and bark repeatedly. One who simply wants attention will most likely bark while looking at you.

In either case, this is a short term problem. You can help your dog do what they need to do or give them the attention they crave easily. It’s basic communication with your canine companion, but many new pet owners are still learning and may overlook these simple cues.

Some dogs suffer from separation anxiety; they’re just not happy when they’re not with their people. Other dogs may worry constantly, especially if they’re a rescue with a tumultuous history.

Handling anxiety in dogs is a complicated subject and one which many people disagree on. There’s no cure-all for an anxious dog; each animal will respond differently.

If you suspect your dog is anxious, talk to your vet about your options. Most are simply behavioral modification, medication is very rarely used with anxious animals. A professional will give you the advice you need.

If you’re around and you suspect your pup’s anxiety has taken hold, you should spend some time with them and help them calm down. When you’re not around, which is the real problem, you’ll have to find their specific triggers and attend to them.

There’s Always a Reason for Barking

Dogs bark, but there’s very rarely no reason for their noise-making. It’s just the fact that it may take time for their humans to pick up on the communications cues they’re giving. Learn why your dog is barking and it will be much easier to get their problem under control. Learn your dog’s mind, and good behavior will follow! 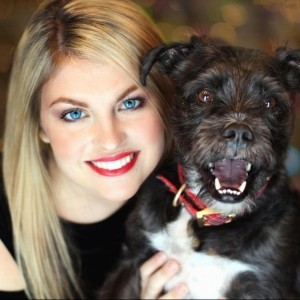 Doggie Designer brings you the best dog-care resources so that you can better care for your four-legged friends. After all, we truly believe that man's best friends deserve the best treatment!

We support organizations that rescue, shelter, and rehome abused and abandoned animals in East and Southeast Asia.